Home / Getting into Collеge / Picking the Right Application 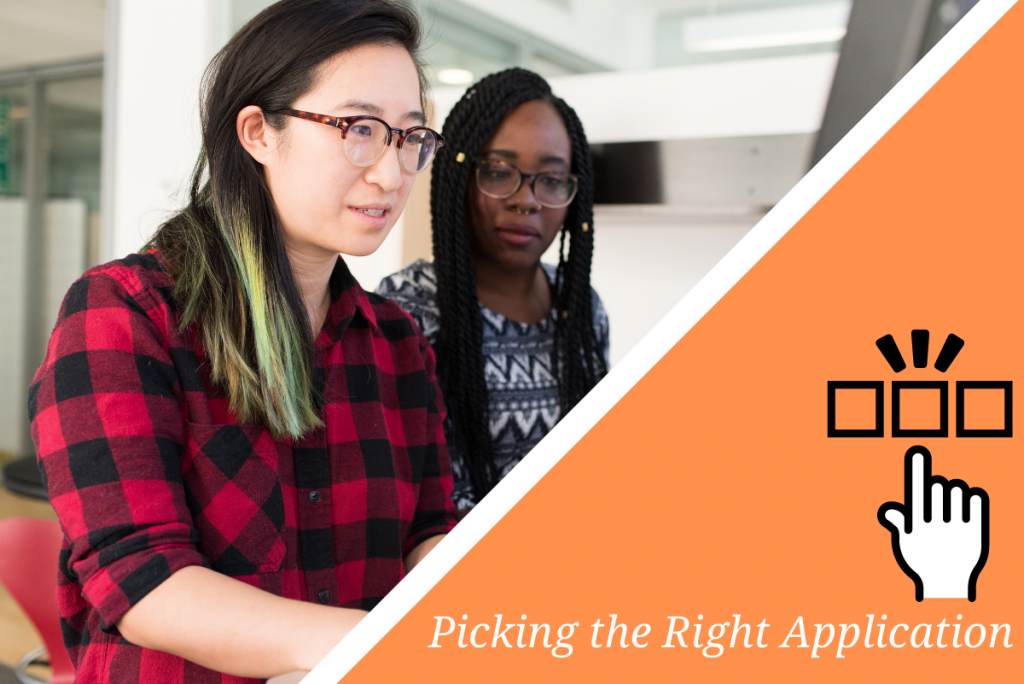 As you start gathering the many materials you’ll need as part of the  application process, you’ll notice that there are several ways you can physically send everything to schools. (And no, it’s probably not through the post office). There are three main applications used by most schools in the USA, and each one has both benefits and disadvantages – and some schools might use their own application system instead. Assuming the schools you’re interested in accept multiple applications, which one do you choose? We obviously can’t answer that for you, but you can learn about each of them below so you can make your own informed decision.

The Common App has been around for decades, and it’s made its mark on the admissions process. Almost 900 schools accept it, and its website provides general information about each one as well as their admission requirements. All you pretty much have to do is complete one form, include relevant documents such as standardized test scores and transcripts, and write one essay, and the same information will be sent to all the schools you’re interested in. This easy method is why the Common App has been so popular for so long.

However, because it’s the same information for every school, that means there’s no way you can adjust your essay or highlight your awards or edit anything based on what you want to show off to each school. This also means that teachers or coaches can only write one version of their recommendations for you. And as much as it sounds like you only have to do everything once, every school has its own requirements for recommendations and fees, so may still have to run around requesting things and earning cash.

The Coalition for College Application
First, the positives. The Coalition’s website is a sort of one-stop shop, providing the application itself but also a profile that autocompletes relevant forms, resources about financial aid, application essay topics, and access to professionals who can advise you on the different elements of your application. Plus – and it’s a pretty big plus – the Coalition’s Locker feature is a planning tool that lets you save and store anything that might be useful in an application, like previously written essays, class projects, extracurricular activities, artwork, etc. And, teachers or other advisors upload their letters of recommendations or transcripts directly to your profile (but you can’t open them, so you’ll have to continue to hope they  say nice things about you).

So what are the downsides? The application only is accepted by approximately 150 schools, which sounds like a lot until you find out that there are thousands of colleges and universities in the USA. That means that even if you love the idea of using the Coalition Application, the schools you’re interested in may not use it (or, worse, some will and some won’t and you’ll have to complete multiple applications). Another possible negative is that the Coalition Application is fairly new, and therefore the amount of people who can give you advice about it is somewhat small. You might also face technical problems they’re still trying to fix.

With the Universal College Application, you create a profile about yourself that later automatically fills in that information in the application itself, so you don’t have to waste time repeating everything. The application also offers additional opportunities to showcase your  interest in art (you can even add portfolio samples) and/or athletics (show off your school record in track!).

Unfortunately, though the Universal College Application is accepted by several prestigious schools, generally speaking very, very few schools currently accept the application. It’s also basically brand new and admissions offices may know as little as you do about it.